Welcome to My world – the world of biggest Fun of Lego bricks and have fun with Us. Maybe someday I will build something for You ;)
View profile
NEXT
PREV
Leave comment 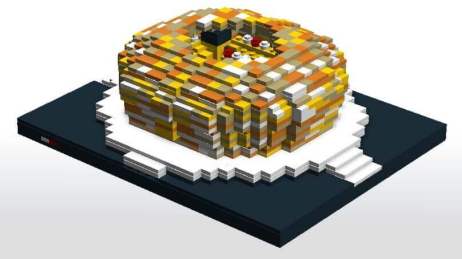 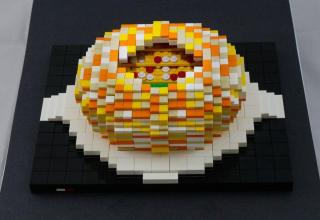 A stadium replicas model made of Lego? Why not! We launched the construction works in our free time. The LEGO mini models of Baltic Arena Euro 2012 Poland was designed by Ideo company and made entirely out of LEGO. It can serve as a perfect decoration of any office desk or living room. Suitable for all those who love sports and – above all – enamor LEGO. The mock-up was created in a Micro scale corresponding to the scale of LEGO architecture.

EURO 2012 championship was held while we were constructing the Stadium replicas model. It gave us a lot of pleasure. Furthermore, this wonderful event presented Poland as a friendly and open country. And even though our national team did succeed and stopped already during the group stage, it was a wonderful event nonetheless. That is why I decided to commemorate it with LEGO bricks and thus create the most beautiful – in my opinion – stadium in Poland – the Amber Arena Stadium in Gdańsk.

We are proud of our constructions Stadium replicas model, see our photo gallery euro 2012 as lego bricks architect that is how i constructed Gdańsk Amber Arena stadium.

I have used aerial photographs of the stadium to construct it. It took 1310 Lego bricks to build it. I have decided to present the interior of the stadium together with the footballers playing on the pitch and the spectators sitting in the grandstands. I did my best to make the overall building shape look similar to the real one and as we all know presenting round shapes is the most difficult part of Lego bricks constructions. I used my favorite Lego brick, which is plate 1×2 with 1 jumper in a new version for this purpose. This brick enabled me to show a similar shape to the one of Gdańsk Baltic Arena National Stadium replicas model. Black colors and the white basis added some elegance to the project. As a result, I am truly satisfied with my work, although it was not that easy. The effects of our work can be seen on the visualization in the Lego Gallery. The project was officially designed for the Euro 2012 sporting event.

We are encouraging all the sport and Lego bricks lovers to contact us. We can construct any other stadium just for you.
We are also encouraging you to make familiar with our other mock models.