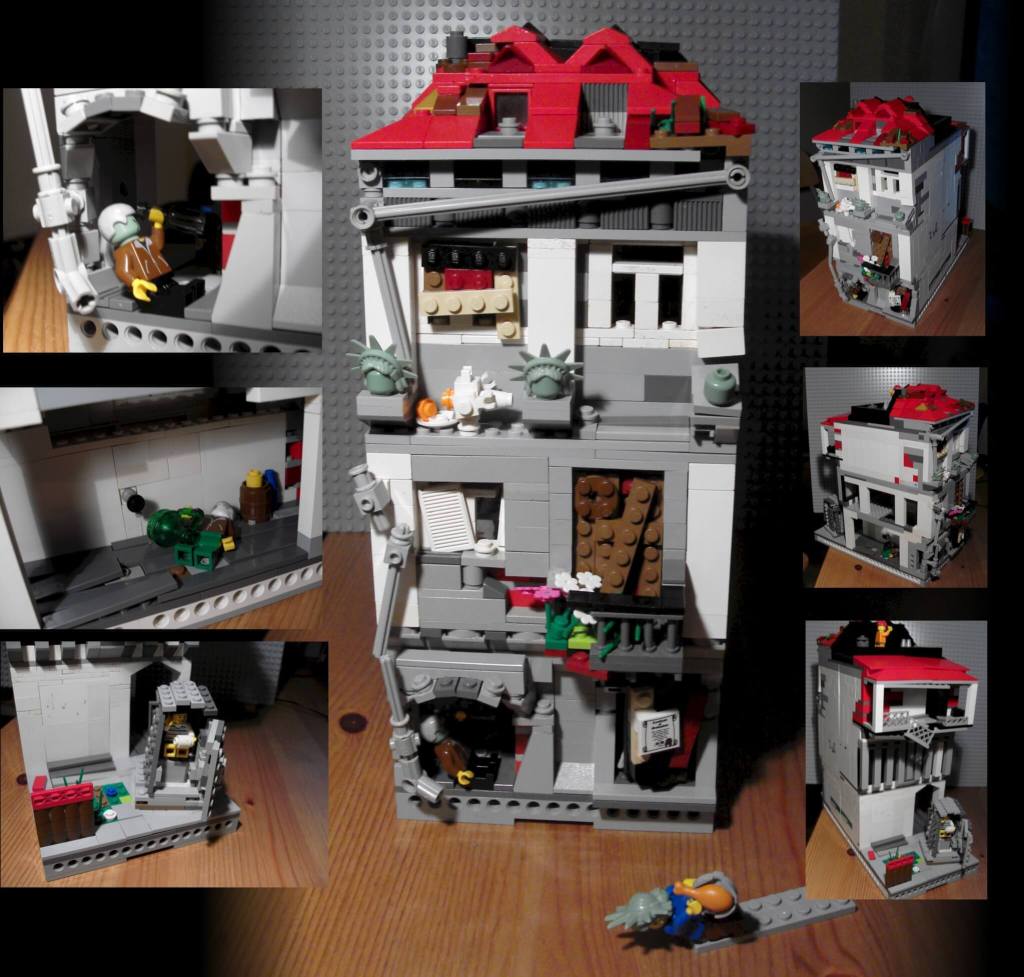 An idea on creating a mock forbidden lego model of Republic of Poland, specially designed for the Municipal Engineering Museum in Krakow. Exhibition arose on the forum of adult LEGO bricks lovers. In those days I did not have many bricks and I was not able to fully show what I can do. However, I just had to add my own three bricks to the mock model of a communist town. I got my own, small piece of mock and I got to work on that. The beginning was quite efficient, yet there was no chance to finish it all up quickly. Every time there were some bricks missing and I just could not finish constructing a building without them (those were the days when there were always not enough bricks). Yet I finally made it and the building was fitted in its place.

Forbidden places in the city on the mock model – forbidden LEGO

I did not want my building to look just like any other. What I associate the communist era with are dirty, shabby buildings and places that were forbidden in the city center. For that reason, following these “truly beautiful” memories, I created a general plan of what my building should look like. That is why the facade of the building warns everybody not to dwell into this area. It is quite clear that the tenement had gone through a lot and these were rather not the happiest moments. The building is already in the final stage of decomposition. Which means a leaky roof and an un- renovated gutter which does not serve its purpose anymore. There are no panes in the windows, which are just boarded up with some random planks found in the neighborhood. Some plants overgrow the balcony on the first floor and that is the only positive part of this mock model. At the gateway of the tenement you can find a tired alcohol lover and his friend, sleeping just a few meters away. And an incidental local resident has become an unfortunate victim of this place, when passing by to get to the nearest rubbish bin, as a mascaron fell down on his head.